You are at:Home»Employment»Payroll data indication of formal sector, not overall jobs in economy: Govt 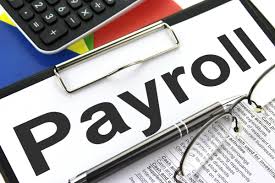 The ministry of statistics and programme implementation (Mospi) has issued a consolidated report on payroll count, saying the data provided some perspective on jobs in the formal sector but not on the overall economy.
The ministry cautioned analysts about a possible overlap among subscribers of the Employees’ Provident Fund Organisation (EPFO), Employees’ State Insurance Corporation (ESIC) and Pension Fund Regulatory and Development Authority (PFRDA), based on which the payroll estimates were established.

“This is the first in the series of employment-related statistics, for selected areas, that the ministry is intending to bring out on a regular basis. As the levels of employment are from various sources, there are elements of overlapping and the estimates are not additive,” it said.

The data showed 32.7 million new subscribers to EPFO between September 2017 and February 2018. During this period, 421,665 persons subscribed to the National Pension System under PFRDA but since ESIC data is fuzzy, no clear estimates could be ascertained.
Source: Business Standard